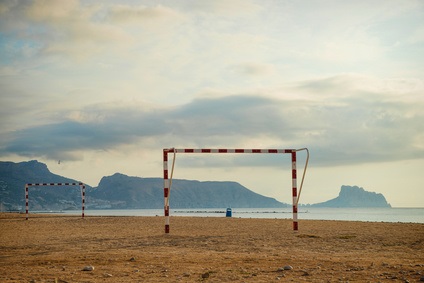 Association football (known as soccer in some areas of the world) is one of the most popular sports on Earth and millions of men and women enjoy watching and playing the traditional version of football around the globe. With such a widespread following, it is unsurprising that association football has spawned a number of popular variants. These variants encourage as many people as possible to participate in some form of the sport. Find out about some of the different variants of association football to see if one of them sounds like it might be the right choice for you.

Five-a-side football involves just four outfield players and a goalkeeper, as opposed to the 11 players which are traditionally found on a team. A five-a-side pitch and the five-a-side goals are much smaller than normal to help to keep the game quick and fun. Although there are a growing number of outdoor pitches, this variant is still normally played inside.

In five-a-side games, outfield players are not allowed to touch the ball within the penalty box. Goalkeepers are not permitted to kick the ball unless they are making a save. There are no offside rules, because the size of the pitch would mean that offside rules reduced the speed of play. Some five-a-side games require players who are given a yellow card to spend time in a “sin bin” before they return to the pitch. Red cards are usually given to signify that the player is being sent off for the rest of the game.

Five-a-side is often played as a training game or a game for younger players. Reduced game times mean that the variant is ideal for those who do not have time to play a full 90-minute traditional game. Players are able to play multiple tournament-style games over the course of a day, so it is perfect for school or after-school club championships. If more people want to participate, it is possible to play six-a-side and seven-a-side variants.

To find out where you can play five-a-side football we suggest visiting this page on the FA’s website.

Blind football has many of the same rules that traditional association football has; however some small changes have been made to allow blind people to participate fully.

The football itself contains a small bell or ball-bearing which has been introduced to make a noise to help players to identify where the ball is. Most outfield players will wear an eyeshade whilst they are playing. This eyeshade helps players to avoid distractions (many blind people can see some lights and shapes) as well as equalising vision between all of the players. The goalkeeper can be a sighted player or a visually impaired player.

Each team will normally have a guide who stands behind the goal and directs the players where to shoot. Blind football matches take place on a surrounded pitch where the walls play an essential rebound function. There are no throw-ins during the game so the walls are actually considered to be part of the playing surface.

Players must give voice cues to interact with one another. To make a teammate aware of their presence, players should shout “yeah …” followed by their own name. To make an opposing player aware that they may be tackled, the tackler should shout out “voy”. Spectators are expected to remain silent during game play to allow players to hear the ball and all other audio cues associated with the game.

If you or somebody you know would like to participate in blind football the best place to start is by visiting British Blind Sports football page here.

Infractions may be called by the referee if these rules are broken. The referee can choose not to call an infraction if players are moving away from the ball or are not affecting game play. Players may be sanctioned for dangerous play such as intentionally striking or ramming other players.

To get started in powerchair football visit The Wheelchair Football Associations website.

Beach football is a type of football which is played on a beach or other sandy surface. Play is very different to play on grass or an indoor surface, because the surface is softer and irregular. This means that the ball bounces and runs in a very different way. Before play, the “beach” should be combed to make sure that any pebbles or shells are removed, so that players do not get injured.

Each team consists of five active players, although unlimited substitutions are permitted during the course of the match. The game is played without shoes. Players who are given a yellow card are expected to leave the pitch for 2 minutes, whereas players who receive a red card are permanently dismissed from the game. Teams are allowed to replace dismissed players after two minutes if they wish.

Games last 36 minutes in total, with the game time broken being down into three 12-minute sections. If the score is drawn at the end of the full time period, the game goes into 3 minutes of extra time. If the match remains unresolved after this, there is a sudden death penalty shootout.

To start playing beach football we suggest you visit the beach.